Unless They’re From Mount Fitchet, In Which Case They’ll Just Shuffle After You A Bit.

Ah, I love Hallowe’en – it’s my favourite time of year.  When a friend of mine mentioned there was a Hallowe’en event at Mount Fitchet Castle near Stansted, Essex, well, how could I refuse? On Friday 1st November (not quite Hallowe’en night, but it was still the Dia De Los Muertos or Day of the Dead… if you’re from Mexico…) my friend and I took a drive to Mount Fitchet and braced ourselves accordingly.

In Mulled Wine There Is… Uh, I Think I’m Happier Not Knowing.

The evening started with an offer of hot mulled wine, which I unfortunately couldn’t partake in because I was driving but perhaps that wasn’t such a terrible thing because my friend advised me that it tasted like nothing she’d never tasted before.  And not in a good way.   Okay, I had a tiny sip just out of sheer curiosity and once I’d managed to uncross my eyeballs, I came to the decision that mulled wine could be used as a method of corporal punishment.

Common sense dictated it would be wise to hunt out the ladies toilets before the tour started and I was advised it was ‘outside… see that light over there in the distance?’  I had a squint through the pitch black night and saw what might have been the dim light of a bulb burning in the distance.  I was glad the designers of iPhone had seen fit to give my phone ‘torch’ mode.  Because of this minor detour, I missed the first couple of minutes of the warm up act, a woman dressed up in old rags who was busy instilling fear into the masses with tales of ‘the Master’ who was on his way to take us on the tour.    It was when ‘the Master’ bowled in that I realised the evening was definitely going to be a good giggle.  Sitting at the back of the room did not offer an ounce of protection from the Master’s beady eye and I was quizzed about why I’d brought my cat with me (I was wearing an enormous fluffy scarf) and was labelled ‘cat woman’ for the rest of the evening, but I got off lightly as the guy opposite me was nicknamed ‘Product Man’ seeing as he’d cleared his bathroom cabinet of hair gel that evening.

And Not In A Good Way

We were led out of the main reception area and out to the main encampment. Halfway up the hill a young man, who appeared to be part of our group, approached the Master.  I overheard the Master saying, ‘Oh, okay, well stay here with me and I’ll get someone to come and get you to take you back again…” but before the Master could finish the young lad keeled over onto the grass and the rest of us were left standing there thinking ‘is this part of the evening or should we also be down in the mud trying to help…?”  I don’t think any of us had quite gathered our wits before the lad started to growl in a most unseemly manner and claw his way towards the rest of us.  Ahh… I see – Zombie Night was under way!   Once we’d dodged around the groaning, and now slightly muddy individual on the floor (apparently he had another six performances of that to get through before he was done for the night) the Master regaled us with tales of how witches of old were dealt with by the fiendish self-proclaimed Witchfinder General, Matthew Hopkins.  There was an accompanying slide show which sent shivers up my spine – they really used to go all out when it came to dispatching suspected witches.  I think the woodcut of one individual being hung up by the legs and cut in half had us all crossing our legs with sympathy. 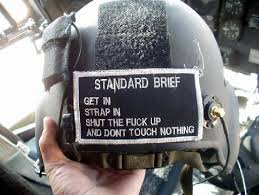 I Believe This Covers It…

It was at this point that the Master then passed us over into the care of the ‘military’ where I was asked for my name and age in a dark tent and then was squirted directly in the face with ‘decontamination’ spray.  Wasn’t expecting that.  I think I may have referred to the person that did it as a ‘total bugger’… or words to that effect.

There was no artificial lighting up on the Mount other than little bonfires lit here and there which were both welcome and eerie at the same time.  There was also a low-lying mist that added to the atmosphere.  Somehow my friend and I started off right at the front of our group and then after a few zombie attacks ended up right at the back, so wherever we went we seemed to be prime zombie fodder.  The actors were great fun, dressed up in their zombie outfits with hideous make-up and well-practised zombie shuffles.  My friend attached herself to the back of my coat as we ventured through pitch black ‘morgue tent’ where we were liberally accosted by flailing zombie hands and shut in unlit cabins with sinister hooded figures.  It was great fun.  It reminded me of a sanitised version of the film “28 Days Later”.

Would I go again?  Oh, most definitely!  Put a note in your diary to go next year if you can.

But if you’re not quite feeling brave enough to venture out at Hallowe’en to fend off the zombies, you can still go during the day when they are in hiding and enjoy a  family-friendly day out.  Click here to see when the castle is open (but bear in mind that it is seasonal and shuts for the winter).

LOOK WHAT THE CAT DRAGGED IN – SHORT STORY

Click here for a free copy of:  Look What The Cat Dragged In